To share your memory on the wall of Allen Clowe, sign in using one of the following options:

Allen worked in the Corning Painted Post School District for over 38 years with most of those years spent at Northside Blodgett Middle School as a seventh grade social studies teacher. He retired in 2014. Teaching was a true calling for Allen. He loved going to work every day. He mentored several new teachers and was referred to as their Jedi Master.

He also coached youth and middle school basketball, (coached AGAINST Sarah, Quincy and Rachel’s teams in middle school), youth and JV soccer and Little League baseball for Alex and Bryson. Rumor has it that he avoided coaching lacrosse (and Rachel chose to play lacrosse) because he knew nothing about it. Over time, he grew to enjoy the game and ended up knowing more about it than Rachel did.

Retirement was bittersweet for him. He was able to spend more time with his children and grandchildren but he truly missed the classroom. On a high note, he was finally able to experience dropping a screaming child (grandchild, in this case) off for the first day of kindergarten. He was truly a father and grandfather extraordinaire!

Allen is survived by his wife of 41 years; Sandy Clowe; four children: Sarah, Quincy, Rachel, and Alexander Clowe; two grandchildren: Bryson and Kendall Clowe; siblings: Olney (Ann) Clowe, Brian Clowe; nieces: Jennifer Clowe, Laura Clowe Schroeder, and Camey Clowe. On the Stilwell side, the list is long...father-in-law Arthur Stilwell, six sisters-in-law, Suzi, Mimi, Beth, Amy, Kate and Maggie (who fought over who was his favorite), one brother-in-law, Jerry, 14 nieces and nephews, and several good friends (you know who you are). Allen will be sorely missed by them all.

In addition to his parents, Allen was predeceased by his siblings: Gavin Clowe and Chris Thiele.

It was Allen's wish that there be no services. His family will plan a celebration of his life at their convenience.

Kind words or fond memories of Allen can be offered to his family at www.PhillipsFuneralHome.com
Read Less

To send flowers to the family or plant a tree in memory of Allen W. Clowe, please visit our Heartfelt Sympathies Store.

Receive notifications about information and event scheduling for Allen

There are no events scheduled. You can still show your support by sending flowers directly to the family, or planting a memorial tree in memory of Allen W. Clowe.
Visit the Heartfelt Sympathies Store

We encourage you to share your most beloved memories of Allen here, so that the family and other loved ones can always see it. You can upload cherished photographs, or share your favorite stories, and can even comment on those shared by others.

Posted Oct 12, 2019 at 01:13pm
Mr. Clowe was one of my favorite teachers of all time. He always made class fun. I'll never forget his lesson on Benedict Arnold....it somehow led to him calling me that for the rest of the year. I'm thankful that I had him and know he was an inspiration to many. He will never be forgotten.
Comment Share
Share via:

Posted Oct 12, 2019 at 07:24am
Al was one of our favorites at NBS and most certainly one of the students favorites in the classroom. I always enjoyed our basketball discussions as he was always on top of the latest news, results and local players. Hard to fathom his passing. Rest In Peace Al!!
Comment Share
Share via:
K

Posted Oct 11, 2019 at 12:09pm
By far one of my sons and daughters most favorite teachers . My daughter would come home and tell me how Mr. Clowe would teach history while standing up on the table , always making what was to some a boring class exciting , fun and engaging to his students . Even after they left his class he always liked to keep up on their future achievements . You don't find that very often . May God wrap his loving arms around his family .
Comment Share
Share via: 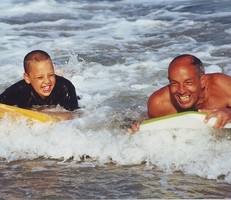 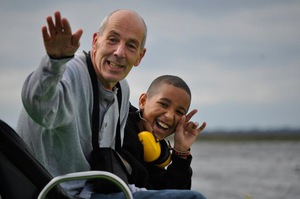 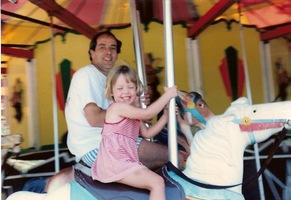