To share your memory on the wall of Charles Hardman, sign in using one of the following options:

A receipt has been emailed to the address provided. A receipt may also be printed.

He was born on November 7, 1953 in Syracuse, NY, the son of the late Charles Hardman, Sr. and Eleanor (Bejnarowicz)... Read More
Charles E. "Chuck" Hardman, Jr. age 65 of Rochester, NY passed away unexpectedly on Sunday, June 2, 2019 in Plymouth, MA.

He was born on November 7, 1953 in Syracuse, NY, the son of the late Charles Hardman, Sr. and Eleanor (Bejnarowicz) Hardman. Chuck was a graduate of Corcoran High School and then enlisted in the United States Navy, serving from 1972 to 1978. After his service, he attended Lemoyne College where he earned his Bachelor's degree. He married Margaret Hunter on December 10, 1988 in New Berlin, NY. She preceded him in death on June 27, 2009. Chuck worked as an accounting manager for IBM in Endicott, NY for over 20 years before his retirement in 2009.

Chuck will be remembered as a very intelligent man who loved learning about history. He was a world traveler who loved adventure. In his free time, he enjoyed golfing, riding his motorcycle and being with family. His greatest joy was his children, grandchildren and many friends.

In addition to his parents and wife, Chuck was predeceased by his son, Robert Miller; and son-in-law, Ricky Patterson.

A reception will be held at the Big Flats American Legion, 45 Olcott Rd S, Big Flats, NY 14814 at 5:30 pm following the memorial service.

In lieu of flowers, donations in Chuck’s name may be sent to an SPCA of your choice.

To send flowers to the family or plant a tree in memory of Charles "Chuck" Hardman Jr., please visit our Heartfelt Sympathies Store.

Receive notifications about information and event scheduling for Charles

We encourage you to share your most beloved memories of Charles here, so that the family and other loved ones can always see it. You can upload cherished photographs, or share your favorite stories, and can even comment on those shared by others.

Posted Jun 17, 2019 at 10:34am
Condolences to the Hardman family. Our thoughts and prayers go out to your whole family. Psalms 147:3 says God, "heals the broken hearted, and binds up their wounds." May God bring you comfort and peace.
Comment Share
Share via:
CB 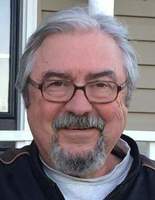 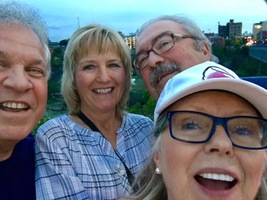