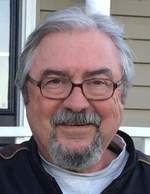 He was born on November 7, 1953 in Syracuse, NY, the son of the late Charles Hardman, Sr. and Eleanor (Bejnarowicz) Hardman. Chuck was a graduate of Corcoran High School and then enlisted in the United States Navy, serving from 1972 to 1978. After his service, he attended Lemoyne College where he earned his Bachelor's degree. He married Margaret Hunter on December 10, 1988 in New Berlin, NY. She preceded him in death on June 27, 2009. Chuck worked as an accounting manager for IBM in Endicott, NY for over 20 years before his retirement in 2009.

Chuck will be remembered as a very intelligent man who loved learning about history. He was a world traveler who loved adventure. In his free time, he enjoyed golfing, riding his motorcycle and being with family. His greatest joy was his children, grandchildren and many friends.

In addition to his parents and wife, Chuck was predeceased by his son, Robert Miller; and son-in-law, Ricky Patterson.

A reception will be held at the Big Flats American Legion, 45 Olcott Rd S, Big Flats, NY 14814 at 5:30 pm following the memorial service.

In lieu of flowers, donations in Chuck’s name may be sent to an SPCA of your choice.