To share your memory on the wall of Charles Van Wie, sign in using one of the following options:

Print
Charles A. Van Wie, Jr. age 95 of Painted Post, NY passed away on Friday, February 21, 2020 at his home surrounded by family.

Born on May 17, 1924 in Delhi, NY, he was the son of the late Charles and Louise (Schneider) Van Wie. Charlie was a graduate of South Kortright Central School, class of 1941. After graduation he moved to Corning, NY where he worked at Corning Glass before enlisting in the United States Navy. He served during World War II in the South Pacific on the USS Besugo SS321 from 1943 to 1946. After being honorably discharged, he met and married Gladys Utter on June 1, 1947. He then served in the United States Air Force in Germany under the German Occupation Berlin Airlift for two years. Charlie was honored by joining the first Twin Tiers Honor Flight in Washington D.C. on April 12, 2014. After his years of military service, he helped on the Utter family farm in Stamford, NY before moving to Painted Post in 1953 where he began working for the Thompson Motor Co. as an auto mechanic for 27 years before its closing.

In his younger years, Charlie enjoyed hunting and fishing. He could often be found outside working in his vegetable gardens - making wonderful home cooked meals for his family. He had a talent for carving wood, and made many model ships from scratch throughout the years. He will be remembered as a spiritual man, and a man of strong faith.

In addition to his parents, Charlie was predeceased by grandson, Andrew Nudo; great granddaughter, Alexis Villaroman; three brothers; and one sister.

To send flowers to the family or plant a tree in memory of Charles "Charlie" Van Wie Jr., please visit our Heartfelt Sympathies Store.

Receive notifications about information and event scheduling for Charles

We encourage you to share your most beloved memories of Charles here, so that the family and other loved ones can always see it. You can upload cherished photographs, or share your favorite stories, and can even comment on those shared by others.

Posted Mar 04, 2020 at 12:46pm
Your loving memory will forever be in our hearts. Love Danica, Louis and Eliana

Flowers were purchased for the family of Charles Van Wie. Send Flowers

Flowers were purchased for the family of Charles Van Wie. Send Flowers 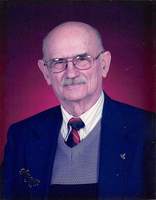