To share your memory on the wall of Daniel Jackson, sign in using one of the following options:

Daniel was an avid scouter. Dan started his journey in scouting by completing his adult Wood Badge Training in 1995 and became a member of the “Bobwhite” patrol. He served as Scout Master for Troop 29 from 1999-2005 and remained a committee member until 2013. In addition to being Troop Scoutmaster for over 5 years he was Cub Master in Pack 129. Dan went on to become the Committee Chairman for Venture Crew 2029 from 2001-2011 and remained a committee member in the Crew until 2013. Dan was an avid member of the Order of the Arrow (OA) attending 10 National OA Conferences (NOAC) and he received his Vigil Honor in 2000. Dan also attended 7 Jamborees including the International World Jamboree in 2019. Some of Dan’s accomplishments in scouting include The Silver Beaver Award in 2007, The Founder’s Award in 2007 and multiple 50 Miler awards. For his years of service, Dan has received the Venturing Leadership Award twice, once from the Area 3 level and then again for the entire Northeast Region in 2019.

He leaves to carry on his legacy of service his brother, David (the late Janet) Jackson of Spencer-Van Etten; sister, Janice Jackson of Big Flats; his children, Thomas Jackson of Irondequoit; Aaron Jackson (Jacki Miller) of Cary, NC; Timothy (Meagan) Jackson and their two children, Adaline and Amelia Jackson (the stars to Dan’s moon) of Corning; as well as companion, Lois Love of Big Flats.

Dan will be remembered for his dedication to community service through the service organizations of Boy Scouts and the Painted Post Kiwanis club. Those who knew him cherished his love of puns as he had an endless sense of humor.

In lieu of flowers, in order to continue Dan’s legacy, donations may be made to the Daniel W. Jackson Eagle Scout Fund care of Five Rivers Council.

To send flowers to the family or plant a tree in memory of Daniel W. Jackson, please visit our Heartfelt Sympathies Store.

Receive notifications about information and event scheduling for Daniel

We encourage you to share your most beloved memories of Daniel here, so that the family and other loved ones can always see it. You can upload cherished photographs, or share your favorite stories, and can even comment on those shared by others.

Mike and Peggy Dooley sent flowers to the family of Daniel W. Jackson.
Show you care by sending flowers

Posted Aug 06, 2020 at 05:27am
Please accept our most heartfelt sympathies for your loss. Our thoughts are with you and your family during this difficult time.

Medium Dish Garden was purchased for the family of Daniel Jackson. Send Flowers

Posted Aug 04, 2020 at 06:18pm
Wishing you peace to bring comfort, courage to face the days ahead and loving memories to forever hold in your hearts.

Flowers were purchased for the family of Daniel Jackson. Send Flowers

Posted Aug 04, 2020 at 05:18pm
I worked with Dan Jackson for twenty of his forty years at Hardinge. I always enjoyed working with Dan. I believe his work reflected his commitment to the Scour Law.
Comment Share
Share via:
HS

Posted Aug 04, 2020 at 04:38pm
Dan you were a Mentor to a lot of us and the service you gave Sincerely Northeast Region 3 Venturing Officer Association

Flowers were purchased for the family of Daniel Jackson. Send Flowers 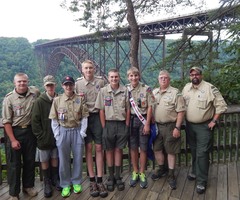 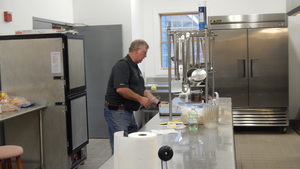 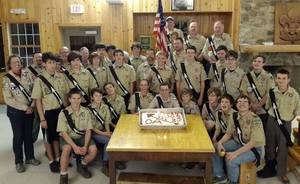