To share your memory on the wall of Garey Hudson, sign in using one of the following options:

Born on January 15, 1947 in Elmira, NY, he was the son of the late William and Gladys Hudson. Garey graduated from Southside... Read More
Garey E. Hudson, age 72 of Boca Raton, FL and Elmira, NY passed away unexpectedly on Sunday, September 29, 2019.

Born on January 15, 1947 in Elmira, NY, he was the son of the late William and Gladys Hudson. Garey graduated from Southside High School, class of 1964 and later received his Bachelors Degree in Aerospace Engineering from Syracuse University. In college he served in the ROTC and later served in the United States Air Force from 1968 to 1972. He married Deborah Miller on December 4, 1971. Garey worked as a pilot for over 50 years, most recently being employed by Delta Private Jets.

Garey will be remembered for his devotion to Debbie and his love of flying. Garey had a lifelong love for flying that began in his early teens and was enthusiastically supported by his "Pop". Growing up at Hudson Acres, a small grass airfield in Pine City, he built his first aircraft at the age of 16. Since then, he accumulated over 30,000 flight hours in military aircraft, commercial airlines, private jets and gliders.
He started USAF Pilot training in 1968 and flew the C141 on active duty around the world in transport missions. Later, during his 20 years in the Air Force Reserves, he flew the C-5 based out of Dover, DE. Throughout his military career, he was always top-of-his-class.

In 1975 he started his Civil Aviation career with Eastern Airlines where he flew the Boeing 727 and later as Captain on the Boeing 757. In 1991 he joined Tower Air where he was a captain and the Chief of Aircrew training for the Boeing 747 until 2000 when he moved to CitationAir. During his 13 years at CitationAir, he was a Captain and the Chief of Training during the expansion phase of this charter service from 3 to 80 airplanes. In 2014, he started as Lead Captain with Delta Private Jets, and they moved to Florida where he and Debbie spent the last 4 ½ happy years.

Throughout his years of flying jumbo aircrafts, he never lost his love for gliders. He joined Harris Hill Soaring Corp. as a young man, where he flew as a tow pilot and active glider pilot. He built his first glider, a Schweizer 1-26, while he was still in the USAF then later flew the Schreder HP -11. In over 40 years of soaring, he successfully flew his ASW-19, ASW-20 and ASW-27 in many soaring competitions.
Harris Hill is also where he met Debbie and where they, years later, built their home.

Family and friends are invited to visitation on Saturday, October 5, 2019 from 12:00 pm to 2:00 pm at Phillips Funeral Home & Cremation Service 17 W. Pulteney Street Corning, NY. A memorial service will immediately follow at 2:00 pm at the funeral home.

To send flowers to the family or plant a tree in memory of Garey Hudson, please visit our Heartfelt Sympathies Store.

Receive notifications about information and event scheduling for Garey

We encourage you to share your most beloved memories of Garey here, so that the family and other loved ones can always see it. You can upload cherished photographs, or share your favorite stories, and can even comment on those shared by others.

Joel Flamenbaum, Kelly, Erica, Hayden, Alexander and Carson, and other have sent flowers to the family of Garey Hudson.
Show you care by sending flowers

Posted Oct 04, 2019 at 08:43pm
Garey taught me a lot over the times we flew together, he was a talented aviator, kind person and had a great sense of humor. I had the good fortune of bumping into him at the Boca Raton airport a couple of times over the last few years also, he had the same good nature and sense of humor. My most sincere condolences to everyone who loved Garey, he will be missed but he left many people with great memories and many of us are better pilots for having worked with him.
Comment Share
Share via:
KC

Posted Oct 04, 2019 at 11:57am
Sending all of our love and prayers. We will miss Garey dearly and his spirit will live on through all of his family and friends. Love and hugs!

For some moment in life, there are no words...Alan and I find ourselves in loss of words to express you our condolences at your deepest tragedy. There are times when too few words left to heal us, when what we wish for is to be carried, when we all have left is the hope that tomorrow will be a more gentle place to land than today.
May God give you strength to sustain the sudden shock.
We wish we could hold you right now and tell you how much we are so sorry. You are in our thoughts and prayers.
Love,
Isa, Alan and Sebastian

Your friends, Ron and Karen Ogden

Your friends, Ron and Karen Ogden purchased flowers for the family of Garey Hudson. Send Flowers 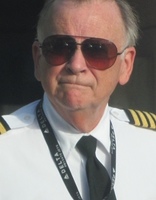 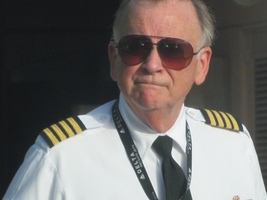